AMANDA CLARKE: A BRUSH WITH TV AND MEDIA ROYALTY

Our talented hair and makeup artists are a classy crew often brushing shoulders (and brushing the glossy hair or powder and blusher) with the rich, famous and royal - TV royalty, that is AND actual tiaras... 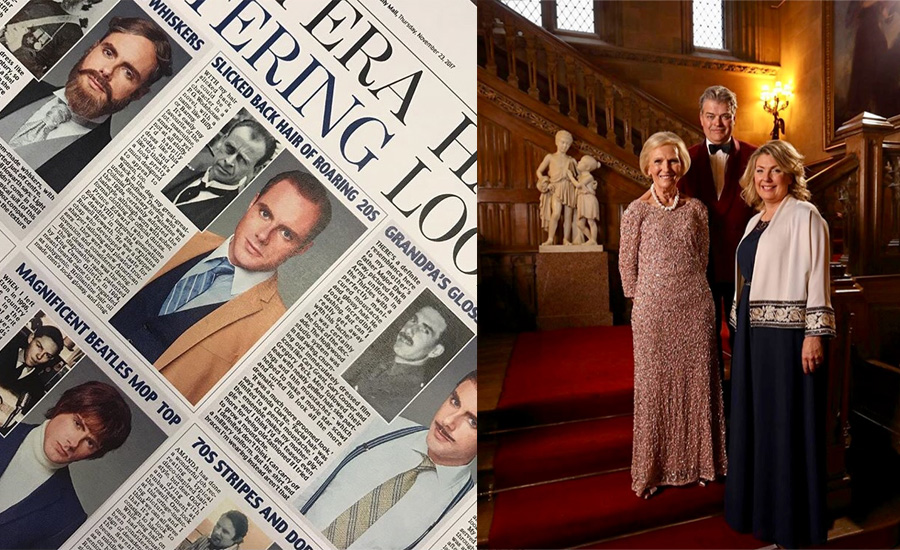 Amanda Clarke and Alice Theobald have been working on BBC's Country House Secrets with the Queen of Baking, Mary Berry, doing Hair and Makeup for the episode at Highclere Castle with Lord and Lady Carnavon. Although Mary Berry had her own team, Amanda was summoned to give her makeup a quick touch up when her MUA went missing for the splendid dinner party,

Amanda was then brushing wigs and combing moustaches for a Daily Mail feature looking at which era from the 1890s to 1980 was most flattering for men with Henry Deedes, grandson of Fleet Street Royalty, Lord Bill Deedes, former Editor of the Telegraph.

Then it was a brush with the Chelsea Set and Louise Thompson, one of Made In Chelsea's Bright Young Things with Amanda in charge of her glossy long locks and Alice doing makeup for December's Christmas issue of Happiful Magazine. Totes adorbs.