From grooming Richard Hammond for Event Magazine to doing Hair and Makeup for celebrities at the Stylist Live event, it's an eventful and full-on life in the fast lane for our Hair and Makeup Artist, Alice Theobald...

When you're a hair and makeup artist you get used to photographers looking at their watches, asking 'how long?'. But just 10 minutes is probably a record time to do grooming for a celebrity for a front cover.

The clock started ticking for our fast and fabulous Hair and Makeup Artist, Alice Theobald, as soon as Grand Tour presenter, Richard Hammond arrived at the studio for the Event Magazine shoot, driving himself in a silver Lotus Esprit, the same type and colour of car used by Richard Gere in the movie Pretty Woman when he picked up Julia Roberts. You've got 10 minutes, she was told, to prepare The Hamster, who is used to a fast pace, spectacularly crashing at 120mph off a Swiss mountain road in June in a £2m electric supercar while filming for the next Grand Tour series and in 2006 doing 300mph in a jet-powered Vampire dragster (read Cole Moreton's interview for Event Magazine here).

Alice tells us his only grooming request was, 'I don’t want to look s**t'. From then she had 10 minutes to get him front cover ready! 'So I grabbed some Rodial skincare and some key MAC products and defined the brows, evened out and smoothed the skin. Hair pumped up with Label M.'

Meanwhile, life hasn't slowed down much for Alice who was working at Stylist Live, last week, prepping all the key speakers including singer Raye, June Sarpong, Melissa and Jasmine Hemsley, Freddie Harrel, Roger Frampton, Nigela Lawson to name but a few, for an eight page spread for Stylist magazine and web.

'I used skincare from Aromathapy Assoiates, Caudalie, but key was Giorgio Armani Beauty. I styled the hair using Oribe and Diva Pro and Babyliss tools. As ever I had to work at a very quick pace sometimes entirely on set to get the stars camera ready!'

Which is why photographers love working with Alice... 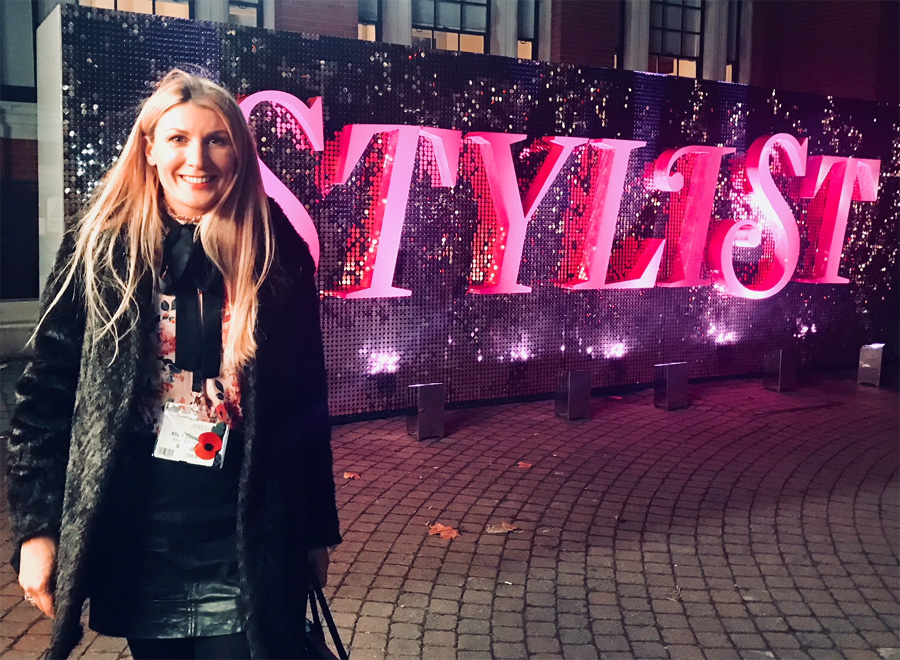