ALICE THEOBALD ON THE EDGE WITH JAMES BLUNT 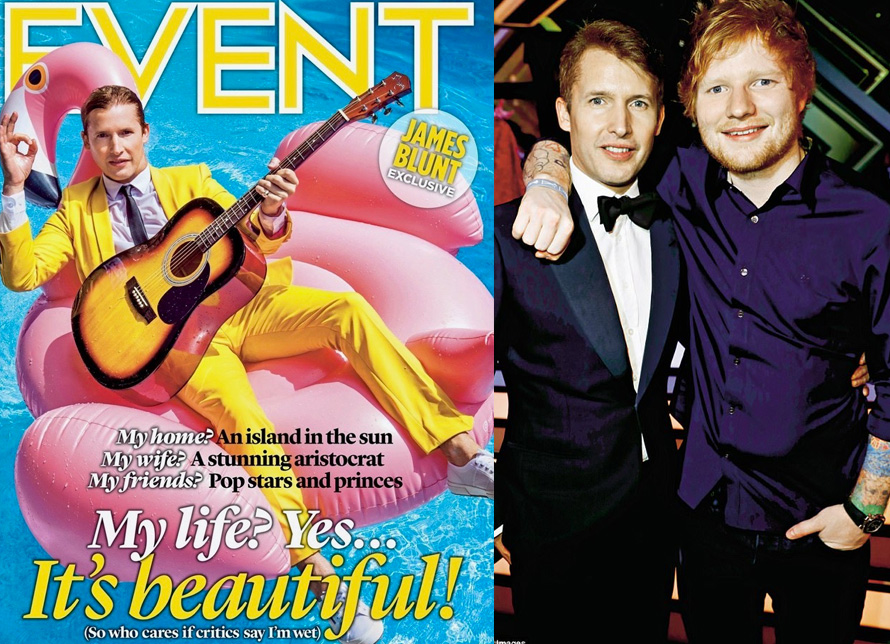 James Blunt was looking well-groomed lying in a pink flamingo lilo with an accoustic guitar for the cover of Event Magazine thanks to our celebrity men's grooming artist, Alice Theobald.

For James Blunt who was captain in the Life Guards, a regiment of the Household Cavalry and worked as an armoured reconnaissance officer in Kosovo, reclining on a lilo is hardly an extreme situation. But for Alice it meant hovering on the edge to keep an eye on grooming as James floated off in the pool. 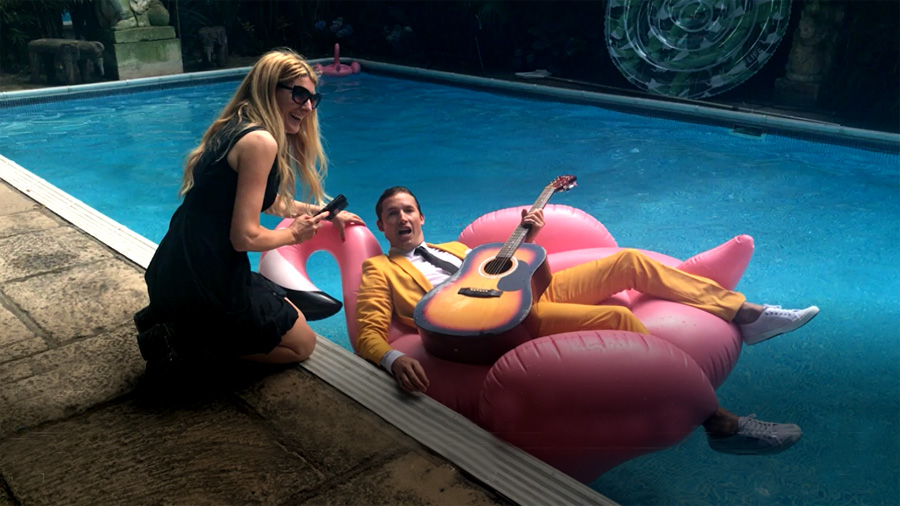 And pity the stylist who had to keep the yellow creases to minimum on the lilo. Hope they did't have to return the chlorine soaked suit after the shoot.