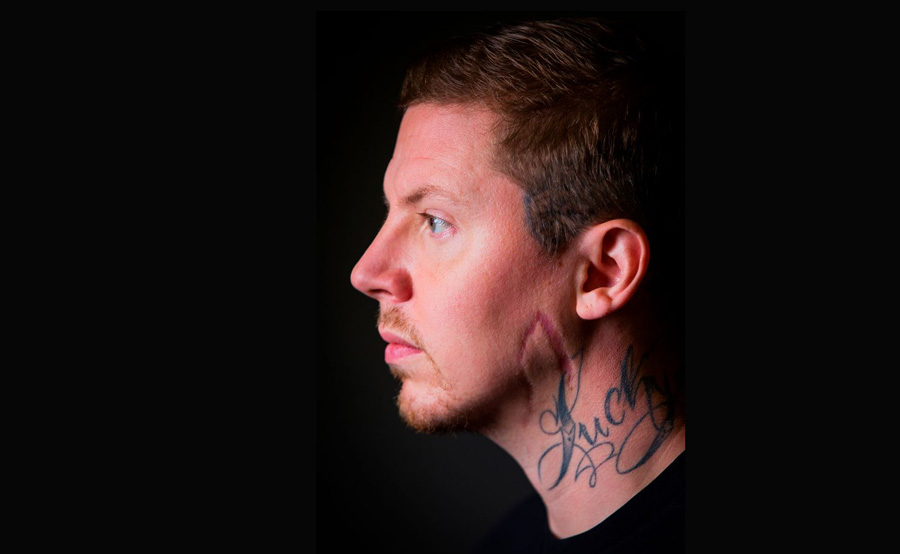 Our talented Hair and Makeup artists Amanda Clarke and Alice Theobald were on call for a shoot for the Mirror with trauma victims for the launch of a new campaign for Barts Charity to raise money for research for Transform Trauma.

The main celebrity fronting Transform Trauma is Professor Green, groomed for the shoot by Amanda for this striking profile, above, by photographer Adam Gerrard, as an emotive image for the campaign.

Celebrity rapper Professor Green was attacked with a broken bottle in the Cargo club in Shoreditch, East London, in 2009 and rushed to the Royal London where doctors carried out lifesaving surgery. The surgeons even saved the tattoo on his neck cut open in the attack.

But not everyone survives such trauma, currently the biggest killer of people under 45. Raising £1m for research to reduce trauma deaths is the aim of the campaign with Professor Green headlining a fundraising concert in September.