It wasn't just any party, it was a Vogue party. And even naturally stunning top models want to look party perfect. Who do they call? The top models' favourite personal Makeup and Hair artist, Oonagh Connor... 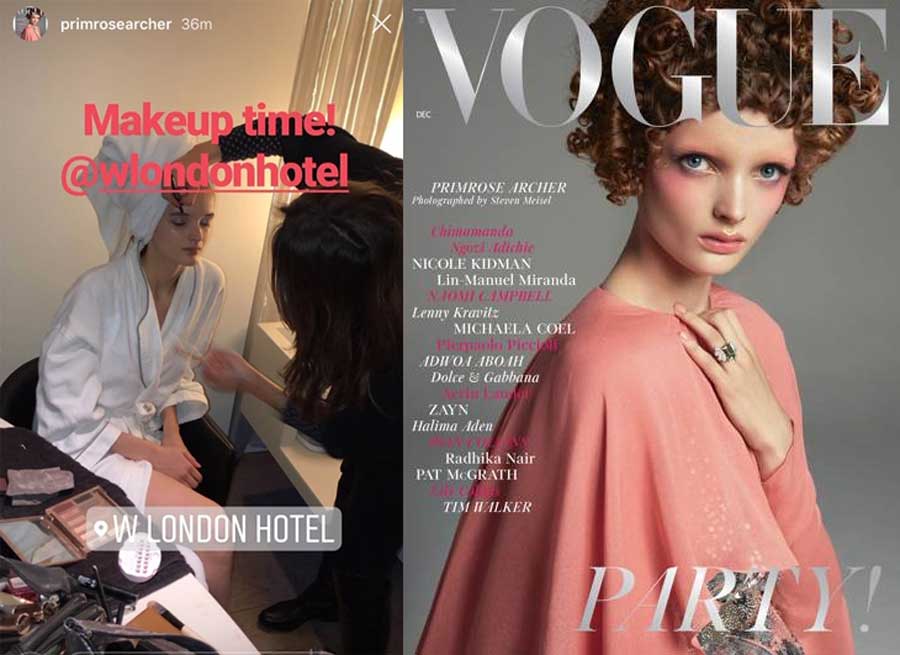 Can you believe it's a year since Edward Enninful took over the hallowed position as Editor-in-Chief of British Vogue, his anniversary marked by a fab-u-lous party at the National Portrait Gallery in London, this week?

The past 12 months have emphasised his new era of Vogue diversity breaking those magazine publishing old schools rules as far as ethnicity and age for models are concerned  - 64 year old Oprah Winfrey on the August cover proving neither colour nor age are now preclusive for featuring on the British cover.

As Edward Enninful says, 'I have begun to see a positive sea change permeate many areas of the way we go about creating the magazine: respect is fundamental, body image matters, sexuality is no longer rigid, and age is never about a simple number.'

For December there are four covers. Yes, four. Catwalk queen Adut Akech, model legend Stella Tennant plus fresh faces Saffron Vadher and Primrose Archer, the latter a Worcestershire farm girl from a family of 10 siblings who herds the cows back home with her dad in her downtime from the glamorous world of fashion.

Our ever-popular Makeup and Hair Artist, Oonagh Connor, was there to make top British models, Sam Rollinson and Primrose Archer look even more stunning for the anniversary party.